B. Rules for collection

In order to keep crude drugs as long as possible:

Several types of machines are available for grinding crude drugs:

In sieving the material is passed through a sieve of suitable mesh size giving two fractions. The fraction passing the sieve consists of particles with a size smaller than or corresponding to the mesh size. The remaining fraction consists of coarser particles which are returned to the mill for continued grinding.

In blast sifting the material to be classified is blown with compressed air into an apparatus which allows the particles to sediment according to their weight. Coarse, heavy particles settle fast whereas small, light particles stay for a long time in the air stream.

Extraction procedures
There are many procedures for obtaining extracts like:

In this method, the plant material (herbal tea) is placed in a pot and wetted with cold water. Immediately afterwards, boiling water is poured over it, then left to stand, covered with a lid, for about fifteen minutes after which the tea is poured off.

This method is used frequently for water soluble active constituents. It consists of macerating the plant material in cold water (15-20°) for several hours.

In this method, the ground plant material is subjected to a slow flow of fresh solvent.

This method is suitable for hard barks or woods which are difficult for water to penetrate. Digestion is also considered as maceration but, at a relatively elevated temperature. As a general rule the temperature of the extracting medium should be in the range from 35-40° but not exceeding 50°.

If the plant material is boiled for ten minutes or if boiling water is poured over it and allowed to stand for thirty minutes, the result is called decoction.

This procedure is considered as the most common method used for the extraction of organic constituents from dried plant tissue. It can be used both on laboratory and industrial scales. In the lab, the powdered material is continuously extracted in a Soxhlet apparatus with a range of solvents of increasing polarity. 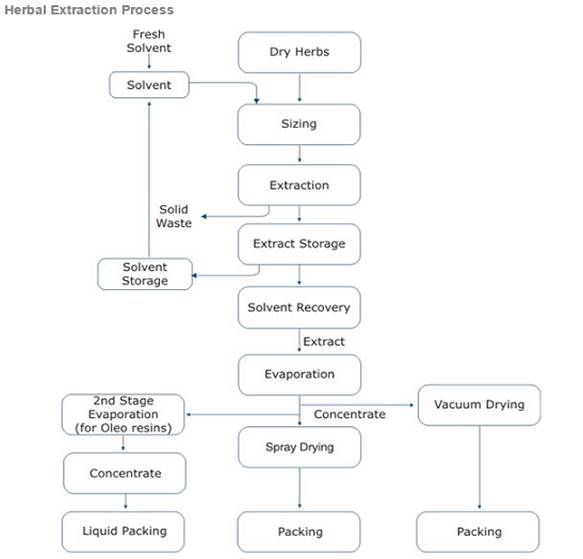